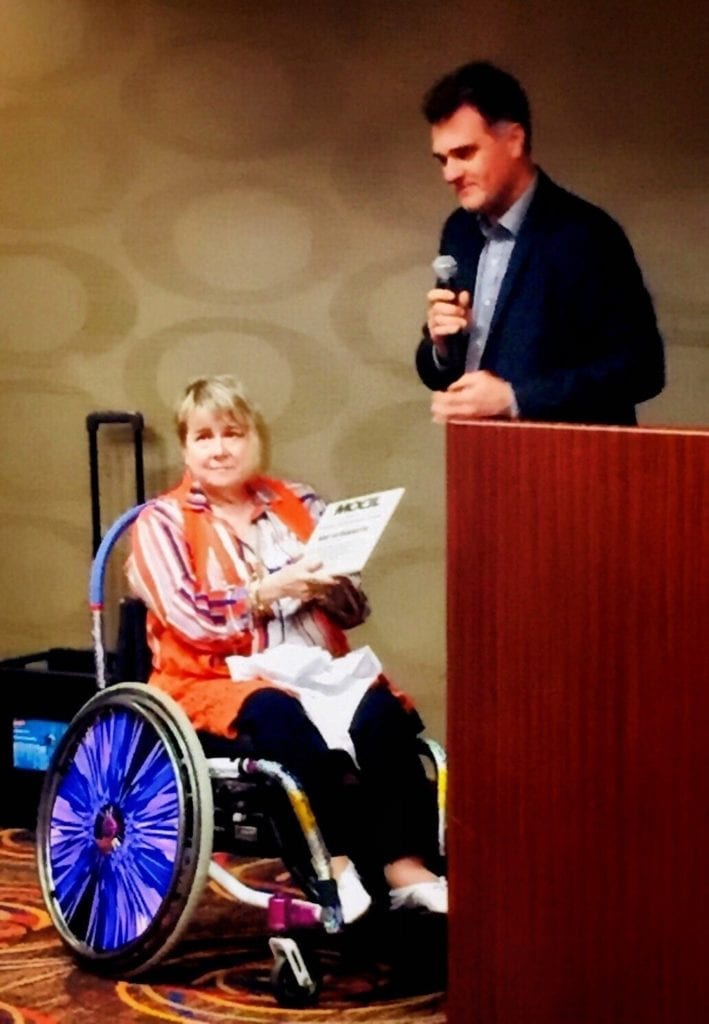 On September 24, 2018, Miki Gudermuth, the executive director of SADI, was given a Lifetime Achievement Award from MOCIL (Missouri Centers for Independent Living).

The award was in recognition of her advocacy and leadership in the fight for equality for those living with a disability. Miki, the founder-and executive director of SADI- has been instrumental in forging and building a path for others wanting to live lives of their own choosing, outside the walls of institutions.

In 1948, Maryann “Miki” Gudermuth contracted polio. She was 9 months old at the time. In addition to having polio she suffered from malnutrition and abuse from her stepfather so Miki was removed from her biological mother and placed in St. Anthony’s Hospital in St. Louis for her care. She was eventually adopted by a couple who heard about her situation. They provided a wonderful home for Miki filled with love and encouragement.

The ravages of polio left Miki with a permanent disability. Most of her young life was spent at Shriner’s Hospital enduring multiple surgeries on her legs, hips, and feet so she could walk again. And even though she was in pain, she spent a lot of those days cheering up and comforting the younger children who were going through their own surgeries and pain.

Miki did not grow up in a world with the luxury of curb cuts, automatic door openers or ramps. She grew up in a world full of steps and barriers. However, not being one to shy away from a challenge, Miki took on the role of advocate at an early age, standing up for herself and those who literally could not stand up at all. 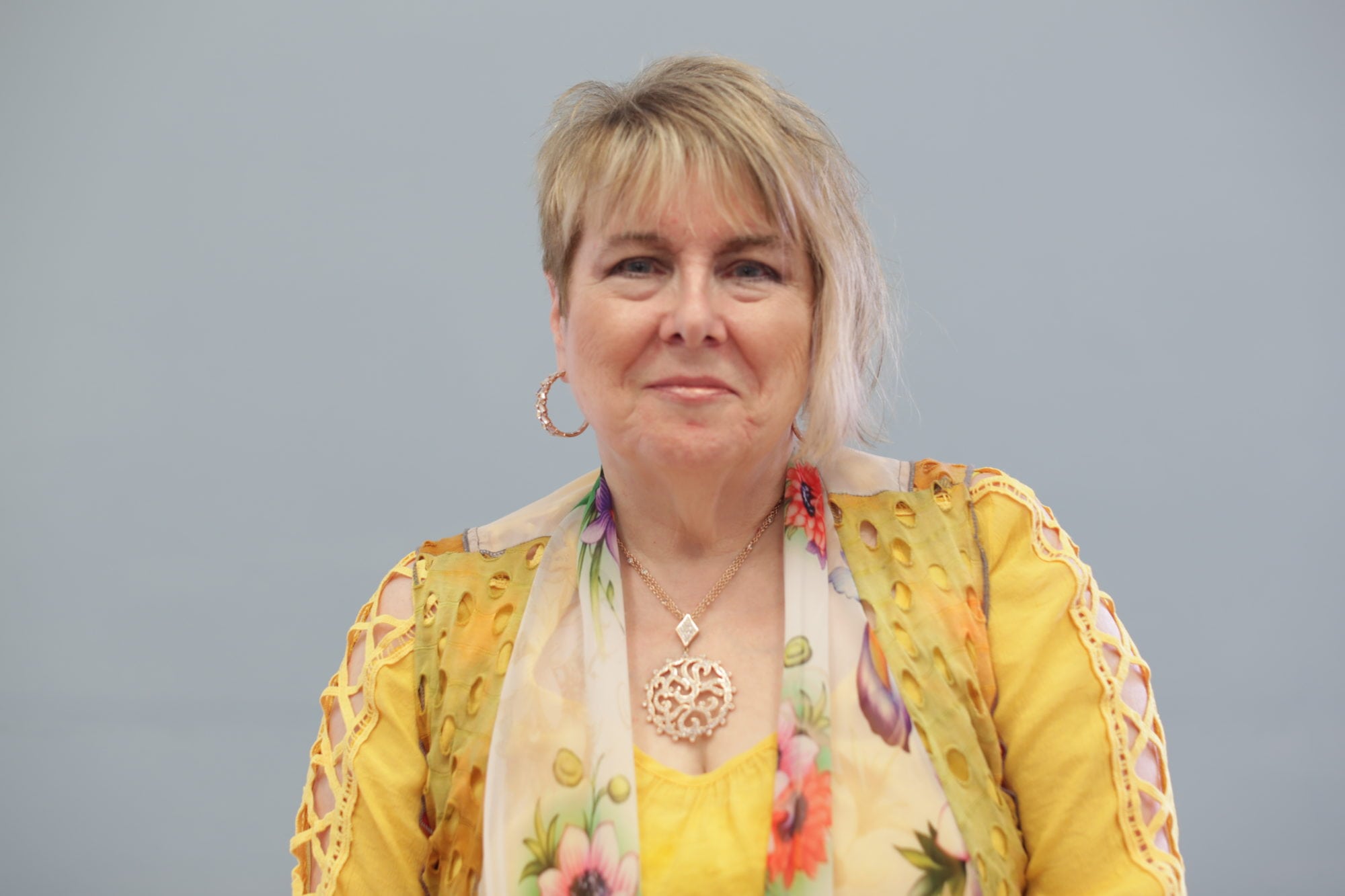 Here are some highlights from her long list of her accomplishments:

These are just some of the awards and accomplishments Miki has achieved through the years. There are many more but the accolades are not why she continues to do what she does. Miki is a true advocate in every sense of the word. She gets it because she lives it. Every. Day.

Miki will be retiring in June of 2019. She has been a wonderful mentor and teacher throughout the years to everyone who has worked at SADI. The center will continue to move forward, advocating for those who are often overlooked, offering services to enrich the lives of the elderly and persons with disabilities. That is how Miki’s legacy and her work will live on.